Patrick’s Vlog 46 – Exploring Philadelphia with the Insta360 One X

In this vlog, I explore Center City in Philadelphia with my friend Karen. This entire video was shot on the Insta360 One X and edited using the Insta360 One X App using my iPad and Final Cut Pro X on my Mac. All the panning and a lot of the hyperlapse effects were done on the iOS app.

One of the things I love about going to the coffee shop is overhearing conversations.  This one in particular caught my attention in not just what was talked about but in the way things were presented.  As a freelance web developer and as a part time photographer I often have to try to sell myself to a potential client and give them reasons why they should hire me.  As a web developer I can show websites that I have worked on.  As a photographer I can show them my portfolio.  There are other jobs that require more selling and convincing.  In hearing this conversation, I don’t know if I was sold.

END_OF_DOCUMENT_TOKEN_TO_BE_REPLACED

I decided today that I would go downtown to do some work.  As a freelancer, I basically work from any coffee shop with a decent internet connection.  My favorite coffee shop is Good Karma Cafe.  I like going to the Society Hill location, which is quite a journey, but if I’m going to be there the whole day, I might as well go to one that I feel that I can get a lot of work done.  My journey involves taking the trolley, switching to the subway, and then walking another 3-4 blocks.

As I was waiting at the trolley stop, I began to observe this young lady and the way she carried herself.  Watching her, I realized that the way we conduct ourselves and our body language can really cause people to judge or make assumptions about who we are or wonder if there’s anything going on in our lives.  It is human nature to judge people, which doesn’t make it right, but regardless, we can’t help ourselves some times.

END_OF_DOCUMENT_TOKEN_TO_BE_REPLACED 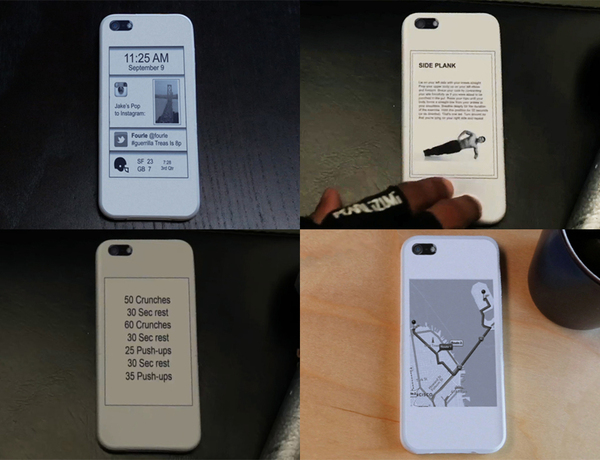 Wow… haven’t been this excited about a product in a while.  I hope they can deliver and pull it off.

A week ago, I joined a couple of friends for some pizza and pottery painting at the Mud Room.  Here’s the results of my limited artistic skills.

Being a long time Android user, I kind of surprised myself when I decided to take the plunge and preorder my first iPhone.  What was the tipping point?  I don’t think there was any particular tipping point.  I think I’ve always wanted to take the plunge but there were a few things that were holding me back.  I live in a Google world using GMail, Calendar, Drive, etc.,  so having an Android phone made sense.  The question is, can a Google user live in the Apple world?  After having the phone for almost a month, here is my review of the iPhone 5.

END_OF_DOCUMENT_TOKEN_TO_BE_REPLACED

He just let it rip

The other day I had to go to the Philadelphia Parking Authority (PPA) to renew my parking permit.  Because parking in the lot of the PPA office costs an arm and a leg, I decided to try to find metered parking around the area.  After driving the around the block a few times, I finally found a spot.  If you know how some of the parking works in Philadelphia, you park your car, and then you go to the parking machine and pay for your parking.  As I’m pulling into the open spot, I see a man on the sidewalk, looking at his phone.  After pulling into my spot, I get out of the car and I noticed that he had moved only a few feet forward still looking at his phone.  He happened to be standing about a foot or two past the parking machine.  I went up to the parking machine to pay for my parking and the man didn’t know I was there.  How do I know he didn’t notice me?  All of a sudden I hear a loud noise.  It was the noise of the wind passing by.  It was so loud that if he were on the phone, the other person on the other line would say, “What was that?”  Right after he let it rip, he then noticed I was right behind him at the parking machine.  What did he do after?  He just moved right along, staring at his phone, not saying a word.  I would like to think he was a little embarrassed and didn’t know what to say but maybe he just didn’t care.  Who knows?  Oh well, it was outdoors and I didn’t inhale.  I’m still alive and life goes on.  Just another day in Philly.